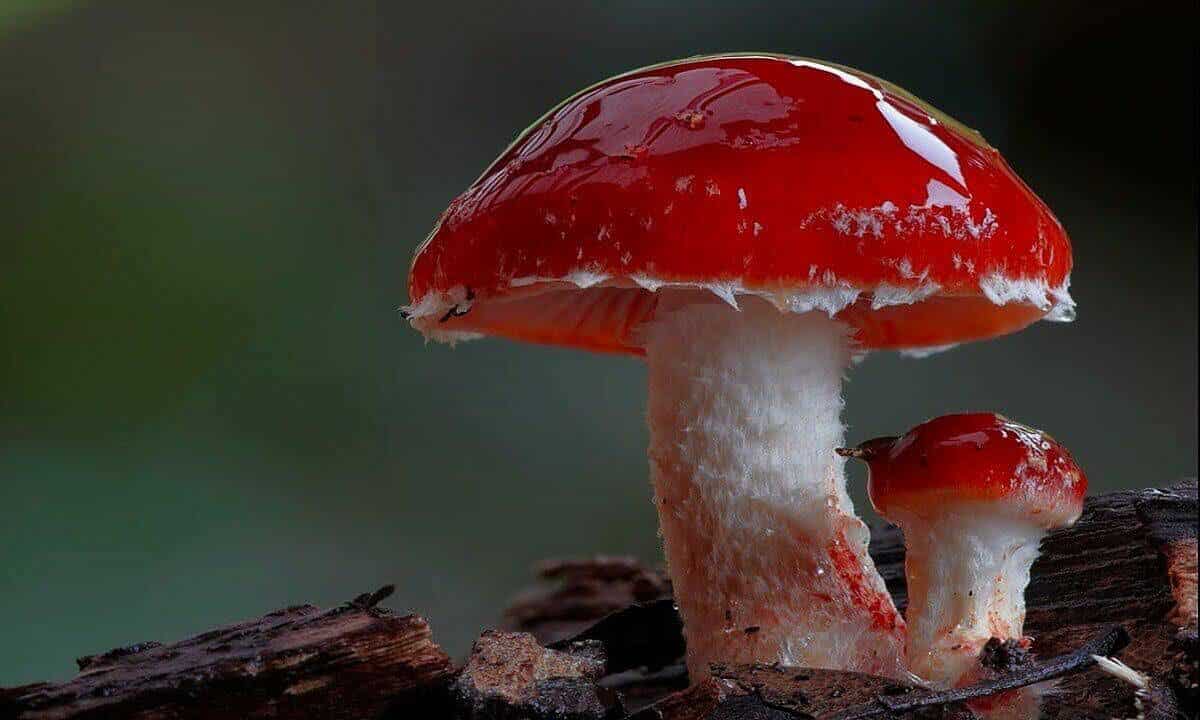 What Are Magic Mushroom Spores?

Many people compare mushroom spores to a plant’s seeds. They contain genetic material and allow a fungus to reproduce. A single mushroom can produce billions of microscopic spores. They develop in specialized structures on a mushroom’s gills or pores. Once the spores are mature, the mushroom releases them, and the breeze or wildlife transports them. When the spores settle on a suitable surface, they germinate, sending out strand-like structures called hyphae. Multiple hyphae join together to form a network of mycelium. This mycelium grows larger and denser as it consumes nutrients from its surroundings. Eventually, when the environmental conditions are right, it produces mushrooms.

The term “magic mushroom spores” can refer to the spores of any species of psychoactive, psilocybin-producing fungus. It is most commonly used to describe spores from members of the genus Psilocybe, such as P. cubensis, P. semilanceata, P. cyanescens, etc. P. cubensis is one of the most widely available varieties. There are numerous different cubensis strains, including Golden Teacher, Penis Envy, Koh Samui, and many more.

Psilocybin is a Schedule I substance in the United States and is federally illegal. Although a few regions have moved to decriminalize the drug, this is a far cry from full legalization. One exception is Oregon, which recently legalized psilocybin for supervised medicinal use. Despite the prohibitive laws surrounding psilocybin-containing mushrooms, their spores are legal in most states.

However, despite the prohibitive laws currently surrounding psilocybin-containing mushrooms, their spores are legal in most states. It is only illegal to grow them. Therefore, purchasing and possessing spores is generally permitted for study under a microscope or as a collector’s item.

The only states where the sale and possession of spores are explicitly banned are California, Idaho, and Georgia. Laws in the remaining 47 states are more relaxed.

Magic mushroom spores are also legal in Canada and many parts of Europe.

Is There Psilocybin in Spores?

Magic mushroom spores are legal in many places because they do not contain any psilocybin. The psychedelic compound is only present in the mushrooms themselves as they grow. Since only the psilocybin-containing parts of the mushrooms are illegal, it is permissible to possess the spores. Individuals are only breaking the law if they germinate the spores and produce mushrooms.

In the British Virgin Islands, where the mushrooms grow naturally, it is legal to possess and consume psilocybin mushrooms; however, their sale is illegal.

In Bulgaria, possession and consumption of hallucinogenic mushrooms was legal and psilocybin in its pure form was considered a “Class 1” drug until recently, but it is now illegal to possess Psilocybin Mushrooms as well.

Mushroom spore kits are legal and are sold openly in stores as the spores themselves are not illegal. Psilocybin and psilocin are illegal to produce, sell, or possess because it is a schedule III controlled substance.

In the Czech Republic, possession and consumption of psilocybin mushrooms is legal but it is illegal to sell them.

The sale, possession, and cultivation of psilocybin have been illegal since Executive Order 698 of 1993

Prior to 2002, psilocybin mushrooms were widely available in Japan and were often sold in mail-order shops, online vendors and in head shops throughout Japan; according to Hideo Eno of Japan’s Health Ministry narcotics division, prior to 2002, “You can find them [psilocybin mushrooms] anywhere.” In June 2002, Japan Health, Labor and Welfare Ministry added psilocybin mushrooms to Schedule Narcotics of Narcotic and Psychotropic Drug Control Law, possibly in preparation for the World Cup, and in response to a widely reported case of mushroom poisoning. On this subject, it should be noted that the psychedelic drugs are not physically toxic, and in the case of overdose it is impossible to die of the pharmacological effects of the drug alone. Use, production, trafficking, growing or possession of psilocybin mushrooms is now illegal in Japan.

Psilocin and psilocybin are prohibited under the Ley General de Salud of 1984, which also specifically mentions psilocybin-containing fungi as being covered by the law, and mentions Psilocybe mexicana and Psilocybe cubensis in particular. However, these laws are rarely, if ever, enforced against indigenous users of psychoactive fungi. The Mexican government has also specifically taken the position that wild occurrence of Psilocybe does not constitute drug production.

In the Netherlands, unprocessed psychoactive mushrooms are legal to possess, are treated as soft drugs under the Netherlands’ drug policy, and can be obtained in “smart shops” which specialize in ethnobotanicals. Psychoactive mushrooms, whether dried or fresh were legal until 2001, when the Supreme Court of The Netherlands ruled dry mushrooms to be an illegal preparation of psilocybin and psilocin. The limitation to fresh mushrooms (which go bad quite fast) is severely reducing the export of psychoactive mushrooms. In a series of court cases during 2003-2005 this was challenged by a Dutch mushroom wholesaler.[9] The vice president of the International Narcotics Control Board (INCB) of the UN testified to the court that the UN does not see dried or prepared psilocybin mushrooms as a controlled substance. Explanation: Psilocybin mushrooms are not listed as controlled substances, therefore preparations are also not controlled. Preparations of the controlled substances psilocybin and psilocin (i.e. tablets, etc) are controlled. Various mushroom experts have testified that there is no way to see the difference between passively and actively dried mushrooms.[citation needed] The court decided to agree to other viewpoints of De Sjamaan in order not to touch the subject of the UN’s stance. The court also decided not to publish the testimony of the vice president of the INCB. The high court ruled that: There is no definition in regards to water content, which differentiates between a dry mushroom and a fresh mushroom. Passively dried mushrooms (natural desiccation) are legal. A police officer is not skilled to differentiate between a fresh and dry mushroom. In October 2007 the Dutch government announced a ban on the sale of all magic mushrooms as a result of several incidents involving tourists. One of the incidents being an French tourist jumping out a window fatally wounding her.

In New Zealand, psilocybin mushrooms are class A drugs, putting them in the highest class of illicit compounds along with heroin and LSD. They do not have to be prepared in any way for possession to be illegal.

Until 31 January, 2006, unprepared psilocybin mushrooms were legal in the Republic of Ireland. On that date they were made illegal by a ministerial order. This decision was partly based on the death of Dubliner Colm Hodkinson, age 33, at a Halloween party on 30th October 2005, after consuming legally purchased magic mushrooms and jumping off a balcony . This was given as the spur for the sudden ban (introduced without prior notice being given to retailers). It was debated (particularly in student newspapers) whether or not this may have been simply an excuse for the ban, as Colm Hodkinson had been consuming cannabis as well as alcohol during the day, which could have combined towards his death. Afterwards, at the inquest into Hodkinson’s death, the results of the toxicology report revealed that the level of alcohol in his system was below the legal driving limit. The report also concluded that minimal traces of cannabis had been consumed and that psilocybin was the only substance that had been consumed in any significant volume. Soon after consuming the psilocybin mushrooms, Colm Hodkinson’s mood deteriorated and he became frantic. Colm ate 2-3 mushrooms and was dead 30 minutes after consuming them.

As of 18 July 2005, both dried and “prepared” (that is, made into a tea) psilocybin mushrooms were made illegal in the United Kingdom. Prior to this date, fresh mushrooms were widely available (even in city centre shops), but section 21 of the Drugs Act 2005 made fresh psychedelic mushrooms (“fungi containing psilocin”), a Class A drug. Prior to these laws being passed, possession and use of psilocybin and psilocin was prohibited, but courts had ruled the law did not apply to naturally-occurring substances containing these compounds, and for a brief period Psilocybe cubensis and other psilocybin mushrooms were sold in farmers markets. Mushrooms spores are not illegal, due to the fact they do not carry psilocin until they are cultivated.

In the United States, possession of psilocybin-containing mushrooms is illegal because they contain the Schedule I drugs psilocin and psilocybin. Spores, however, which do not contain psychoactive chemicals, are only explicitly illegal in California, Idaho, and Georgia; however, in California, mushroom spores are legal to possess if they are not intended for use in cultivation and if they are not imported from outside California. ] The Florida Supreme Court in 1978 ruled that possession of wild psilocybin mushrooms is not illegal, however, whether knowingly gathering wild psilocybin mushrooms for later use is illegal or not was not addressed in the decision. In all states, except New Mexico, growing psilocybin-containing mushrooms from spores is considered manufacture of a controlled substance. In New Mexico, on June 15, 2005, the New Mexico appeals court ruled that growing psilocybin mushrooms for personal use is not manufacture of a controlled substance.